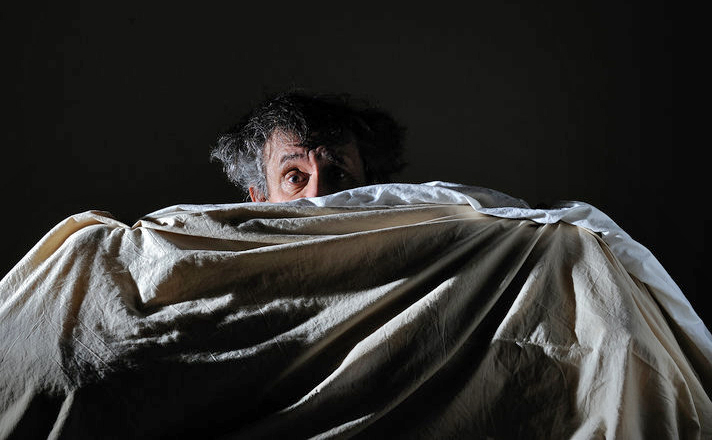 Five years on melatonin is not a joke. I tried quitting it before and noticed that after a few nights of initial sleeplessness my body caught up with its natural rhythm and I was able to fall asleep without it. Not this time. I’ll share what happened and my speculations for the reasons that I failed so miserably.

My insomnia recovery is progressing steadily but slowly.  I finally hit a point where I feel that most nights I get enough rest and my sleep pattern was “normalizing.” There was only one thing that was bothering me: I still wake up briefly around 2 or 3am and I wake up too early before that sense of refreshing sleep takes place.

I know for a fact that melatonin not only forces on the body a circadian rhythm (often lauded as a benefit) but also messes with it. Think about it, our body has a circadian rhythm of its own but by taking melatonin we tweak that clock and tell it to go in the direction it is not naturally set to go.

Additionally, I read that melatonin disrupts our cortisol rhythms. While we fall asleep easier we can wake up too early because we supply our body with an unnaturally high amount of the hormone and the body needs to compensate for it somehow. Since cortisol is very related to blood melatonin levels (cortisol levels fall in the evening and rise in the morning, while melatonin does the opposite) it is quite possible that a drop in high melatonin levels can give rise to high cortisol in the AM.

I figured it was enough messing with this melatonin/cortisol rhythm so I  decided to turn things loose and see where the cards fall. It was time to allow the ‘natural’ circadian rhythm to take over and re-calibrate itself. I was hoping that this would take care of those wakings and balance out the night time and early morning cortisol spikes.

How the Quitting of Melatonin Experiment Unfolded

The first night I skipped melatonin was the night after a Christmas party when I went to bed at 3am. I figured, “heck, who takes melatonin at 3am anyways, let’s power through this!” So, couldn’t fall asleep for an hour but I blamed it on the disco music still playing in my head. Slept three hours and woke up early. Apparently the circadian rhythm doesn’t give a damn when we go to bed – it’s time to wake up according to schedule!

Next night I went to bed at 10pm, as usual. No melatonin. Big difference. I’m not getting sleepy. At all! All alert and energetic. One hour passes. Not sleepy. Two hours pass. Only a bit sleepy but still awake. Damn. Crashed a round 1am and slept very lightly. But I expected this and was ready for it. Remember? Re-calibration. I needed to suffer through it. The only question that was bogging my mind – how long?

A week passed with similar results where I just couldn’t fall asleep till midnight and experienced a lot of wakefulness at night. Meanwhile, I was also taking L-Tryptophan which is a precursor to serotonin and a precursor to melatonin down the line. As a general rule – we always want to supplement with precursors and not the hormone itself because this way our bodies can produce what they need and metabolize it naturally.

While Tryptophan was helpful and I started falling asleep sooner it became a problem in itself where I would wake up around midnight with these strange sensations in my stomach. So while it was helping to fall asleep it also woke me up. Tryptophan had to go. As soon as I dropped the amino acid I was right back to where I started – not able to fall asleep and being very wakeful throughout the night. I waited for two weeks for things to re-calibrate and finally gave up.

Now the question: WHY? How come my melatonin levels did not come back? Am I in trouble?  What if I am addicted? What if I created a life long dependency?

It is quite possible that taking melatonin long term has various repercussions. I am guessing there a few things that could have happened in my case:

1. I took it so long that my pineal gland got lazy and stopped pumping it out. After all, why work when there’s a fresh supply of the stuff, right? This happens all the time and various supplements can reduce the symptoms but create more imbalances. I suspect this to be the chief cause.

2. Melatonin is said to be a very potent antioxidant. Because I am also chelating mercury, my brain could be more sensitive to all the oxidative stress that I have to endure while moving mercury out.  Stopping melatonin could have reversed me to a state where my brain felt on fire from all that mercury toxicity.

3. I’ve been prompting my natural circadian rhythm with synthetic melatonin for so long that it may need much more time to re-calibrate itself, perhaps a month or longer. At this point, I’m just not willing to do it yet and will put it off till I completely detox from mercury as the stress from the latter is quite enough right now.

4. It’s winter time here and I’ve been prone to SAD (Seasonal Effective Disorder) ever since we moved back from California. I honestly hate winters. Had I tried to quit melatonin in summer I could have had different results.

There are several purported benefits from melatonin supplementation that sound too attractive right now:

1. First the obvious: an ability to fall asleep faster and at the time that I choose.

2. I will take an even lower dose. Research suggests we may only need as much as 0.3-0.7 mg to feel the benefits. I was taking 2mg before. You can find some supplements with 10 mg which sounds totally insane. This would give you 60 times times higher blood concentrations than what naturally occurs! Some experts warn that when melatonin receptors in the brain are exposed to too much of the hormone, the receptors may become unresponsive and it stops working. Nice, eh?

3. Melatonin is said to strengthen the blood-brain barrier. Last thing I need right now is unnecessary toxins or metabolites from congested liver crossing into my brain.

When insomniacs share their experiences with melatonin they report different results: some are able to quit without any serious consequences while some report developing a dependency. Is it a full blown addiction? Probably not because one does not crave it but it can certainly be a dependency as it seems to be for me at this stage. You, on the other hand, might have a totally different experience as every individual experiences different results based on their biochemistry, body type and environmental factors. Let me know.

Can Supplementing Too Much Vitamin D Cause Insomnia?
Myth Buster: Why Milk Can Be the Worst Sleep Aid Ever