Half a year ago I discovered CBD oil from a friend on Facebook who successfully recovered from insomnia and Lyme disease. Once I started researching this supplement I couldn’t believe I hadn’t heard of it before. People all over the boards were claiming to have discovered relief from insomnia and improved health from CBD. I had to jump on it and try it so I could see what all the hype is all about. Being in Eastern Europe I figured I’d have to have it shipped from US but little did I know that it was available at a local pharmacy! I waited about no minutes to go get it.

Learning Curve – Why is There No Manual For It?

I took my first dose of a few drops during a day and didn’t feel much. Next day I took it in the evening and bam! – hardly any sleep that night. You should have heard me cuss at this “crap” in the morning. I was livid. 30 EUR down the toilet for another supplement with a paradoxical effect. As I researched it further I found out some people do, in fact, experience stimulation rather than calming effects of CBD.

Thanks goodness, there was an explanation for this… As I detailed in my previous research article on CBD benefits for sleep, I had to master CBD oil’s bi-phasic effect: small dose is stimulating, big dose is calming. So I experimented with both and definitely felt the difference. This gave me enough confidence to try CBD at night again. When I did I had another bad night… What’s up?!?! Even larger doses were alerting enough to keep me awake.

As a side note, anxiety and pain is not an issue for me at night. What keeps me awake are cortisol jolts, toxic liver, gut inflammation and this constant state of being amped-up, unable to fully relax.

Once I learned that CBD is active in the system for maximum of eight hours I thought I should only take it in the morning. So that is what I did and things were OK by the time I hit the bed. Not much immediate improvement in sleep, however. This happened much much later, perhaps three months later and after experimenting with different CBD products. 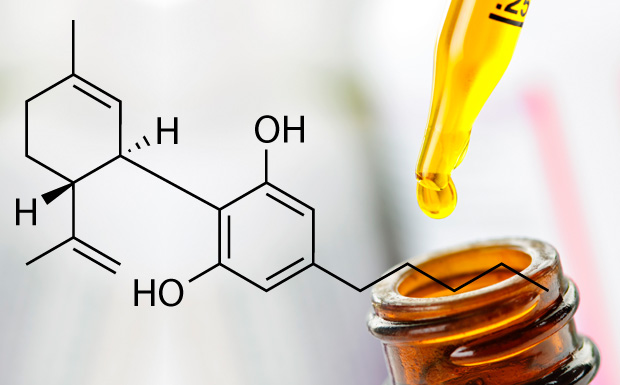 Results – Not What I Expected but Better After All?

As days wore on and I tried different brands with different hemp strains I suddenly realized one thing – I was becoming sleepy during the day! This wasn’t happening for a long time as my sympathetic nervous system was dominant for years. Even after a few nights of insomnia I wasn’t sleepy during day time. Exhausted but not sleepy. But now I was becoming sleepy. Then I noticed my response to stress was also slightly improved. I was able to keep agitation under control and felt more rested after a night (even if I woke up a few times).

About four months into it I had to go on a trip and during one night I woke up around 4am and couldn’t sleep. So I though, “Heck with it, I’ll just take the CBD oil and start my day.” Then I kind of relaxed and fell asleep. I slept in and woke up refreshed. Holy, cow, how did this happen?  I tried it again next night, and the next and I realized that if I take CBD during the middle of the night it helps me sleep for the second part of the night. Best part was that I started sleeping longer.  Because of this I also started being late for work but I didn’t care. As you will agree, sleep for us insomniacs comes as the biggest gift and we’ll pay any price for it.

So I thought about it for while and can only draw these possible explanations for my increased relaxation effect from CBD oil:

Up to date I fall asleep most of the nights without any issues. What wakes me up around 1-2AM is still my liver and heat harassing my “heart.” Liver burden is still a problem but hopefully mercury chelation and my GU syndrome herbal formula will help with that.

Overall, my digestion seems to be a bit better too but I can not report as noticeable effect as with my sleep.  Can not say my fatigue has improved much either, other than for it’s gradual improvements from daily Qi Gong practice.  This is where I believe CBD is a bit over-hyped. It is great for dialing in that nervous system, reducing pain and inflammation but it is not truly a fatigue fighter or as “naturally” sedating as benzos, and it certainly won’t knock you out like Ambien.

Ultimately, I feel that CBD definitely makes it into my TOP 5 most useful insomnia and overall health supplements. However, one must have realistic expectations. Results will totally depend on the root cause of your insomnia. Personally, even though it did not completely resolve my insomnia, I like the relaxing and anti-inflammatory effects of CBD oil so much that I’ll be using it for the rest of my life.

Adrenal Cortex Supplement Experiences: Sleep, Fatigue, Side Effects and How I Use It
Poria Five Formula (Wu Ling San) Review – Pure Love for Your Spleen, Kidneys, and Heart