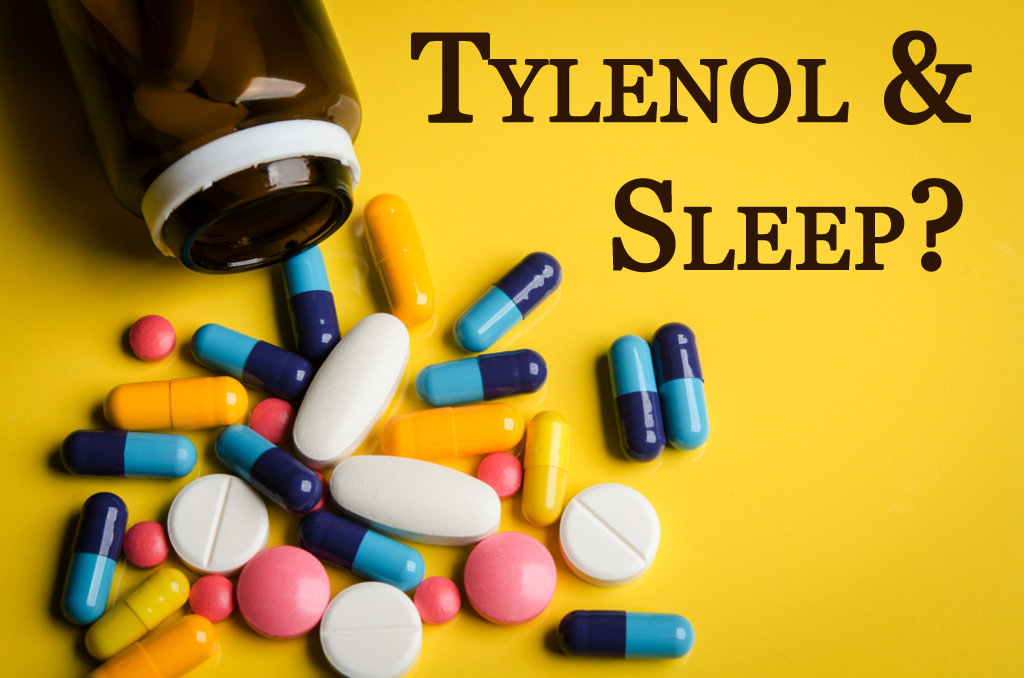 I’ve noticed this a couple of years ago and can not deny it – regular, OTC pain relievers and anti-inflammatories such as ibuprofen [Advil, Motrin, and Nurofen] and acetaminophen/paracetamol [Tylenol] (aka NSAIDs) help me achieve deep and more refreshing sleep.

Could ibuprofen and acetaminophen effect GABA receptors? Could this have something to do with desensitizing the signals from a week  vagus nerve? And is it possible that these meds desensitize the brain from the stimulating action of excess of histamine and glutamine?

One obvious reason that anti-inflammatories could help one sleep is by reducing pain but I’m not in pain. So what’s up with all that?!

What does science actually have to say about the mechanism behind Tylenol’s action? After some digging I’m stunned: scientists are not even sure how acetaminophen works!

Researchers have been guessing at acetaminophen’s mechanism of action for decades. Some explanations involve chemical messengers of inflammation and pain. Others invoke aspects of neurotransmission in the brain and spinal cord. None of the proposals have accumulated enough supporting evidence to satisfy everyone.

OK, move over science, I’m going to render my own speculations based on my keen self-observation and dangerous levels of self-education:

My symptoms very closely resemble adrenal fatigue, hypothyroidism or kidney jing and yang deficiency in TCM. One of the most annoying symptoms I experience at bed time are chills that prevent me from falling asleep. Acetaminophen snaps those chills within 15 minutes and I feel OK. This helps me fall asleep and is less likely to wake me from same chills again during the second part of the night.

Conclusion: Acetaminophen is helpful for symptoms of hyperthyroidism by ‘regulating’ body temperature.

The feeling in the morning is as if the body was submerged in restful sleep; just like the good ole’ times. I’m guessing that it is a quenched inflammation in the gut that is able to give the over-active immune system a break.

Conclusion: Tylenol desensitizes the brain from the stimulating action of excess of histamine and glutamine produced by inflammation or poor methylation and allows for GABA receptors to be more dominant at night.

When I take Tylenol I actually feel relaxed and at ease at night. Interestingly, science is on to this effect as well.  In an article Tomorrow’s Anti-Anxiety Drug Is… Tylenol?, Scientific American examines how Acetaminophen played a role in altering judgement of a group of people. It hasn’t changed their emotional state per se but it made them more lenient and forgiving.  It took the edge off of something, that’s all. How bizarre is that?

Conclusion: Acting as an analgesic, Tylenol takes the edge off of high cortisol or other brain irritants that can cause CNS agitation.

One of the most peculiar ‘warnings’ that may sound as welcome news to us insomniacs comes from “Acupuncture Today” which strongly recommends avoiding taking acetaminophen with GABA because it could cause ‘excessive sleepiness.’  Really? I’m game!

Main issue with using NSAIDs as sleep aid is that the practice is unsastainble. One can not take these every day. People with congested liver like mine would be wise to avoid them altogether. Long term use will create more problems than we ever wished for.

If you suspect inflammation is at the root cause of your insomnia then I would highly recommend natural anti-inflamatories such as CBD oil, raw tart cherry juice (cherries have the highest anti-inflammatory content of any other food out there and increase melatonin production), turmeric, omega 3s and many others.

Nurse forums are full of stories about patients asking for Tylenol to help them sleep. There is something to it but no one is quite able to put their finger on the exact mechanism. My own experience shows that it definitely helps with sedating the nervous system.  Be it via reducing the stimulating effects of cortisol or inflammation related neurotransmitters, or keeping me warmer by blocking hypothyroid signals from the vagus nerve, both ibuprofen and acetaminophen/paracetamol are helpful in achieving a more restful slumber.

Over to you… Am I on to something here? What are your experiences with ibuprofen and acetaminophen?

The Sneaky Connection Between Stress, Adrenal Fatigue, Low Stomach Acid and Insomnia!
Don’t Try to Sleep! (If You Want to Fall Asleep Faster)