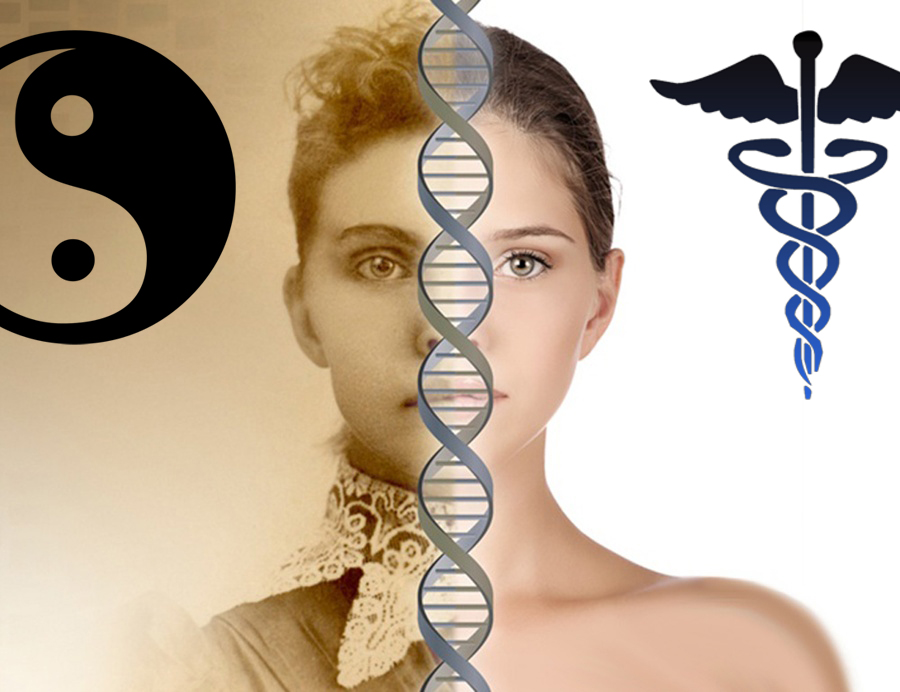 Looking for solutions to my health crisis has been nothing short of a roller-coaster with a very hard landing. I’ve explored so many directions, tried so many diets and protocols without much success that I’ve come to one single conclusion – this is a total mystery to me. Symptoms are just too vast, always changing as if I was possessed. Well, it appears that in Traditional Chinese Medicine this is a diagnosis as well. They refer to it as the Gu Syndrome.

While I exploring it I decided that this is something that makes a lot of sense to me so I started working with a TCM practitioner who claims to have gone through a similar hell as mine. I committed to giving it a shot but at the same time I just received my genetic test results and learned that I have a few gene variations like MTHFR, COMT, CBS and some others that effect my methylation pathways. Basically, I’m a poor detox-er and methylator, meaning there is a ‘malfunctioning’ or slowing of how various components convert into vitamins, amino acids and so on.  This is what the science of epigenetics studies these days.

I e-mailed my guy asking what he thinks about addressing the genetics before going for the Gu Syndrome. I was rather surprised by his answer and this is why I’ve decided to share it with you. I also share my conclusion below his letter.

“This shows really clearly that you have chronic fatigue coming from encephalitis. But it won’t show the specific kinds of pathogens that are hijacking your cells. There are tons of viruses, bacteria, and viruses that impact gene expression profoundly.

This also paints a very clear picture of the typical neurotic type of behavior associated with those two COMT homozygotes (I have the same setup in my own genes by the way). ALL Gu Syndrome sufferers have neurotic tendencies. We are constantly thinking, overanalyzing, searching, wondering, and have chaotic emotions and thoughts—there is disorder in our minds and spirit. But did we need to use epigenetics to discover this? No. Does epigenetics have a useful application to expand up on what we already know about your condition and how to get you healed? No. At this point, you need treatment. The right herbal formula(s), the proper diet, and staying consistent until the very end are all going to affect your genes positively and automatically. That’s the beauty of Chinese medicine—it takes care of things that we may never have noticed. I have clients all the time calling me up and saying “wow I can’t believe ABC got resolved…I was just trying to fix XYZ.

There is nothing I see in your reports whatsoever to show that you do not exhibit Gu syndrome. In fact, this data further reinforces our understanding of what’s going on with you. Gu is a series of circumstantial patterns that values the course of treatment based on resolving them. Chinese medicine is about resolving patterns, not chasing symptoms or getting caught on the infinitesimal volume of details. Epigenetics is a rabbit hole, and a new branch of genetics and medicine. We have to understand it’s still in its infancy and the method for approaching the actual treatment (not just diagnostic information) is poor. It has absolutely no linear correlation to Chinese medicine in its approach or understanding, so it’s almost like comparing apples to oranges. Another good way to put it is that we all use language as a tool to express “Hello, how are you?” but the words that come out of our mouths are shaped very differently to the point that a person speaking Greek won’t understand another speaking French despite both of them accomplishing the exact same purpose of the overall language that all people use.

Basically, genes and gene expressions show us the tail end of what’s keeping you ill—but it doesn’t do any meaningful service to pinpoint the source of what’s driving your genetic state of health. It’s a much different, expansive, analytical, detailed, and overwhelming area of modern Western research and medicine. For example, one could see a single manifestation (liver deficiency-stagnation) encompassing several thousand genes in and of itself. Unless you’re a supercomputer or master epigeneticist (which none really exist at the given moment given its infancy), navigating the hundreds of thousands of genes involved in a disease will be immensely difficult and will likely not end fruitfully.

It’s also my opinion that it’s futile to attempt to play puppet master with so many genes at the same time with extremely unfavorable logistics regarding the complex healing process. The beauty of Gu therapy is that it addresses everything in one go without needing to create all of these variables and information to process and speculate. There is no speculation here with you. What goes on in your body does not change whether you use epigentics or Chinese medicine to explain it. In my capacity of what I do as a healer I can assure you that we’re hitting the nail on the head with this.

I also want to add that all medicine works at the biochemical level. When Chinese medicine works, genes are expressed and others calmed. There are those who look there, use that framework of conceptualization, and study those variables in an effort to piece together things with the notion of formulating hypotheses and generating lots of material for advancements in technology, testing, and some procedures. However, I’m not one of those people; I’m a healer. It’s my path now to be a facilitator for actual healing and manifestation. This is my perspective, experience, and heartfelt genuine advice to you.

It’s easy to get stuck up on details and to hedge your bets (so to speak) so that you keep bridges and options open to you. It’s up to you to decide if you want to put the gas on a modality and give it a concerted try (i.e. staying on course with treatment for Gu and seeing it to its end). From my end, it doesn’t do me or you a service to incorporate epigenetic evaluation alongside Chinese medicine. It’s interesting, but it doesn’t assist your healing (instead it assists your curiosity and desire to define and label things so you can “grasp” them in order to get that “magic pill”).”

I did some more digging after his letter and confirmed a few things. Various herbs can, in fact, control certain gene expression. Also, it could be various pathogens, parasites, fungus, etc. that could be overwhelming my (already genetically limited) methylation pathways. So it does make sense to first of all address the Gu Syndrome via TCM, rather than tinker with vitamins and methyl donors to fine tune the “faulty” genes. This will be very interesting.

How Activated Charcoal Can Improve Sleep and Keep You From Waking During the Night
The Sneaky Connection Between Stress, Adrenal Fatigue, Low Stomach Acid and Insomnia!