In this video I share some peculiar facts and experiences that I’ve discovered over the years battling insomnia.  You’ll learn about proper dosage, dependency dangers, best type to take for you (regular, sublingual or time release) and so on.

I had a good night sleep last night on melatonin… and probably five other supplements that I took.  Interesting thing is that I usually have no clue what part of my night stack is  working to help me sleep. Melatonin has been with me since my insomnia’s debut but I’ve learned over time that it’s not as harmless as you might think, unlike what you’ve being led to believe by some doctors or online resources.

The are three main issues I see with malatonin. First is that there is no clear agreement on what seems to be the correct dosage.  Second issue is that for hardcore insomniacs it just doesn’t work, mainly because malatonin helps regulate the circadian rhythm but may not affect the quality of sleep itself.  Third, you might have heard of melatonin being referred to as a “natural” hormone but I seriously question how natural it is in a pill form. 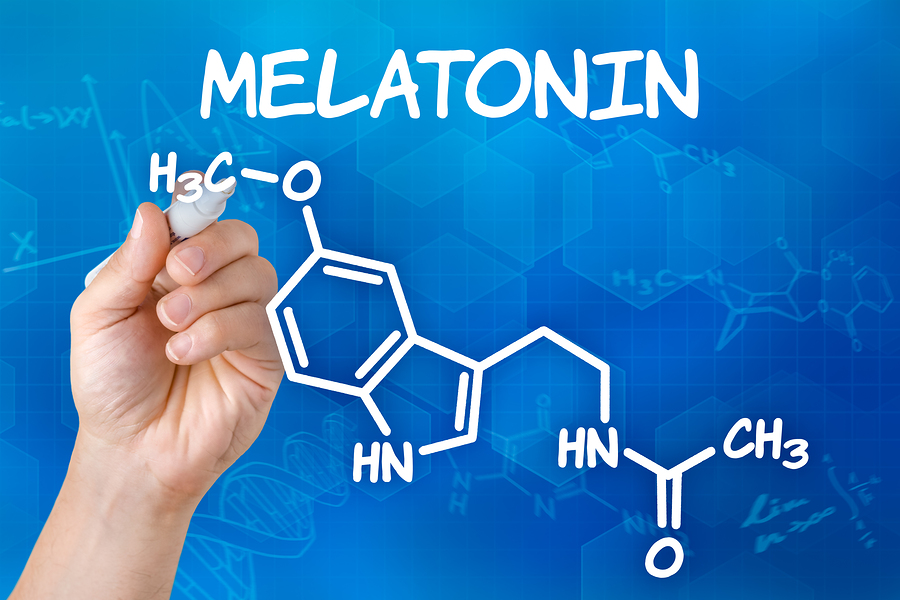 There are studies that claim 0.3 mg is sufficient while others claim anywhere from 1 mg-3 mg is the perfect dose and there are others who go for extremes and take more than 10mg and claim this is their cure. According to a study in 2001 Massachusetts Institute of Technology you only need 0.3 milligrams. The research was conducted by R. Rutman who pioneered the pharmaceutical use of melatonin in 1994.  Today pills are often sold ten times and more of the suggested amount for single dose.

Other researchers believe that you if take the popular 3 mg (ten times what the study research shows to be effective) this can lead to higher (plasma) Melatonin levels in your blood the next day which can cause a hangover effect.  Personally, it doesn’t have that effect and I would welcome it as I’m way too wired anyways.

My problem with higher doses was that I would wake up way too early and wouldn’t be able to go back to sleep. Mostly likely this happens because we mess with natural cycles of Melatonin and interrupt the  natural regulation of our sleep architecture.

General consensus seems to be to find what works for you. Try a micro dose (0.3 mg aka 300 mcg) and then notch it up till you feel you have the dose that does the trick for you. I would not go above 3mg though, it’s unwarranted and may cause more harm than good. General rule of thumb is that if 3mg doesn’t work for you then melatonin is not your answer.  This brings me to the second point.

Melatonin is part of an intricate process which helps regulate the body’s natural rhythm – the sleep/wake cycle. It is released by pineal gland in the brain when it is time for you to fall asleep and rest.  It’s a natural pacemaker which signals your body’s internal clock work, when to go to bed when to awake and so on.

Initially, melatonin was mostly attractive to travelers as it is said to help reset the body clock faster. If you cross to different time zones then you’re familiar with the phenomenon where your mind understands it’s night time now and you should be sleeping but your stomach says “Are you kidding? Where’s my eggs and bacon?” Our body and hormones  are not easily willed into action.  It takes its time and has its own process of adapting and syncing the new environment. This is where melatonin can be most effective, and not so much in cases of general insomnia because this hormone is not a sleep inhibitor.  Melatonin will not help you get to sleep. It’s role as a hormone is to regulate sleep.

Now this does not mean you should go against your body’s natural rhythm and manipulate it with melatonin as you wish.  If you’re a serious insomniac, then a regular sleep schedule is your best friend. Listen to your body, not the other way around. I can’t stress enough how important it is to hit the bed on time. Melatonin levels begin to increase approximately about two hours before regular bed time, usually around 9 PM, and you’re at movies or partying around you miss that first melatonin cycle and now you have to wait for another sleep cycle that may happen only by 1 or 2 AM and by now you’ve missed most regenerative sleep which happens from 10 AM to 1 AM. My body’s clock is so rigid that even if I go to bed at midnight or 1 AM 2 AM I will be up at 6 AM no matter what. If you can sleep in longer then good for you –  you’re very lucky.

Low melatonin is also a very age related problem so young people (up to their 30’s) usually have plenty of it.  They go to bed, they fall asleep, they sleep through the night. Now from late thirty’s to forty’s your Melatonin level are starting to decrease so supplementing might make more sense, granted your stress levels in an acceptable range, otherwise high cortisol levels will overrule any melatonin signals.

Melatonin is produced by a body through a very complex and intricate process where one element is converted to another, a hormone converts to another hormone and so on; there is a balanced and synergistic flow in the process.  In a simplified version: Tryptophan from your dinner plate is converted to serotonin which is then converted to Melatonin and all this intelligent work is being done while you are simply reading a book or checking out your Facebook likes.

You’ve probably read online that melatonin is so harmless and does not create dependency. But just think about it, you’re putting something in your body which it naturally supposed to create so what can happen? Your brain can get lazy and it does! Why create something that’s already there, right? I’ve experienced that it definitely creates dependency and the longer you take it the worse it is. Some argue that taking Melatonin regularly shrinks the pineal gland (same gland which is tasked with melatonin production), which kind of makes sense because such compensation is the natural activity of our body: hormones have a feedback loop wherein the hormone level is sensed in the bloodstream and then the gland that produces it is told through a chemical signal whether to produce more or less. So supplementing a hormone can cause your own natural production to decrease.  The brain just kind of goes into this hibernation mode: “Screw it, this guy’s taking melatonin I’m going to focus my energy on something else.

Just to be clear – there are no different types of melatonin itself, the difference between various products is the delivery method. Being all crazy about experimenting, I’ve tried them all and my conclusions are only slightly different than what you’ll read elsewhere.

This is your standard melatonin pill. You swallow it, wait for it to be processed by your liver, delivered to your brain, done.

This one you stick under your tongue and wait for it be absorbed via the salivary glands in your mouth.This is a much faster method because melatonin reaches the blood much quicker than if it went through your digestion, liver and so on. Now, what very few are aware of is that you have to take way smaller doses of the sublingual type because more of it is delivered to your brain and you can actually take too much and wake up in the early hours without the ability to go back to sleep, which is what usually happens to me if I suck on the sublingual type for too long. Long story short, because of a more effective delivery method 3 milligrams of sublingual type is not the same as 3 milligrams of the regular type. You’ll probably need a third or less of the dose.

I take the regular one more often as I think it has a more stable and predictable outcome but the sublingual one is also very interesting to try and it works faster.  And if you want it to work even faster then try the sublingual liquid type. Saves you about 10 minutes of anxious sucking time.

Aka “Extended release” is a regular type melatonin with special coating that allows the pill to break down slowly and release melatonin over a prolonged time, supposedly keeping you asleep longer.  If you feel that low melatonin levels is the underlying reason for your insomnia then this is the one to try. This also works especially well when you’re traveling and need to adjust to a few hours of time difference.

Because here melatonin is released in very small doses, the time release type may not work as well to help you fall asleep so what some people do is they take 1mg of regular type and then an extra pill of time release type.

While experimenting with melatonin I’ve found that my underlying insomnia cause is elsewhere and I hardly use it these days. I feel it was useful sometimes to fall asleep faster if I hit the pillow during some irregular hours  but it was never much helpful for me in staying asleep.

So what is best for you?  I can’t tell because you have to judge yourself based on your condition. My best advice is to always start small and experiment with dosage. Don’t overdo it because then you’ll be creating more imbalances in your system. I highly recommend you cycle off of it for a while before you do it again because you will most definitely build dependence on it. I felt it. Dependance is real and nasty and the way to stop using it is to ease the dose and wean of it as if it were some other meds.

So now to you… what is your experience with melatonin? Are you dependent on it? Which type works best for you?

Good night and sleep well; some day we will.

How I Integrated Insomnia and Adrenal Fatigue into a Spiritual Path
How to Deal With Zolpidem (Ambien, Stilnox) Withdrawals Like a Pro With Gabapentin