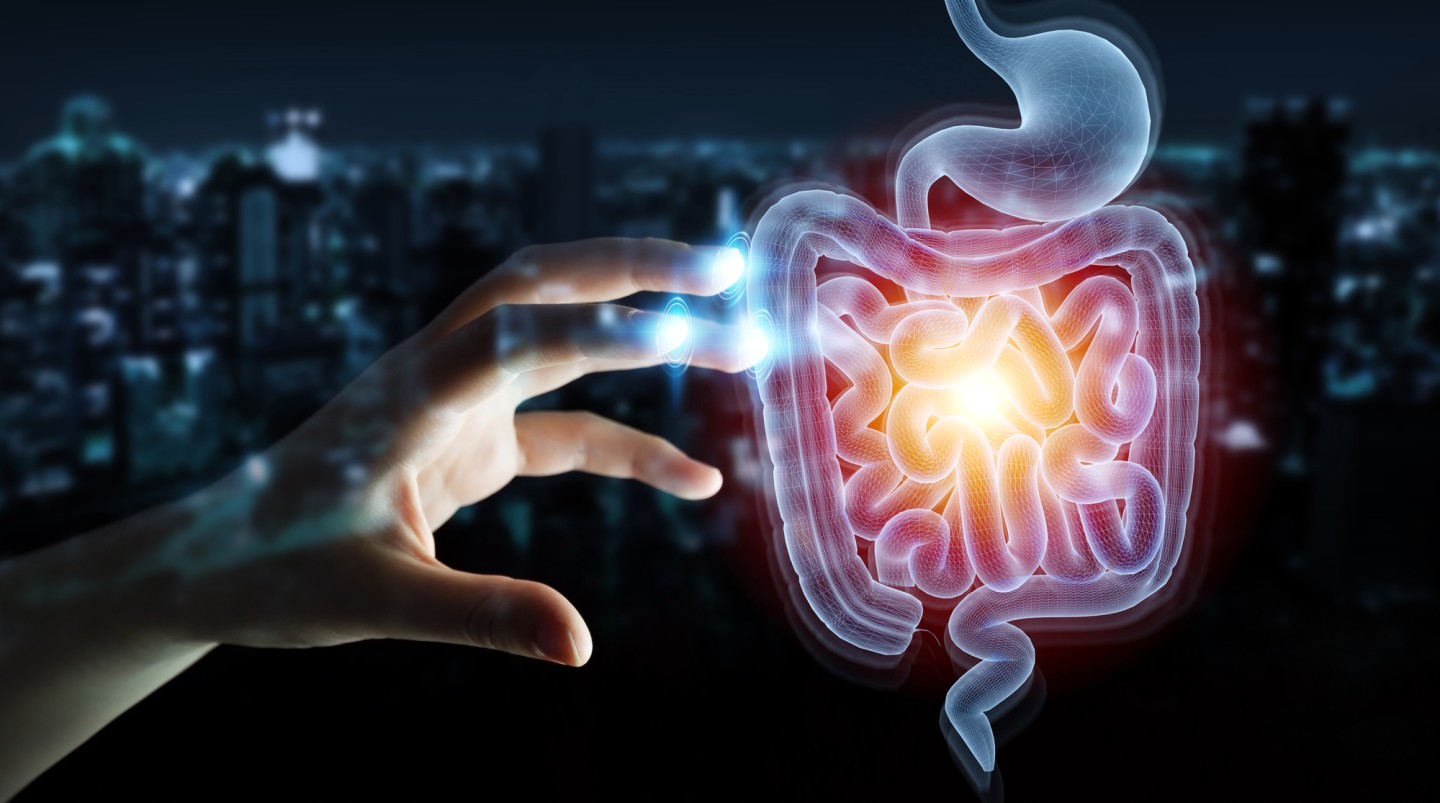 Most of us are on a lookout for toxins in our food and environment but did you know that our gut itself can produce powerful germs that can wreak havoc on our sleep and health? That’s right, our own (endogenous) tiny bacteria can be a hidden enemy within and we may never even suspect that our major symptoms like insomnia is coming  directly from our gut.

In this article you’ll learn that sleep is highly dependent on our  gut’s microbes. An imbalance or depletion of our beneficial bacterial flora (microbiota) can result in SIBO, candida, dysbiosis, mast cell activation (MCAS) and many other gut issues that can, in turn contribute to serious disease, brain fog and chronic sleep disorders.

These “endogenous” toxins can be released by unfriendly microbes in our intestinal tract. The name itself gives a clue as to their nature: growing or originating from within an organism. Our bacteria is hungry and it too likes to eat and eliminate waste just as we do, creating toxins that can affect our brain and all major organs.

Henry Lin from University of California’s Keck School of Medicine, claims that a bacterial activity in the small intestine (a normally bacteria-free region), caused by “renegade” bacteria migrating from the large intestine, triggers a response in the immune and nervous system that can lead to insomnia, anxiety, depression and a host of cognitive issues. Lin believes that the gut’s immune system signals the brain to produce high levels of CRF (corticotropin-releasing hormone) which triggers increased levels of cortisol and dopamine and reduces melatonin. A perfect recipe for a “great” night’s sleep, isn’t it? 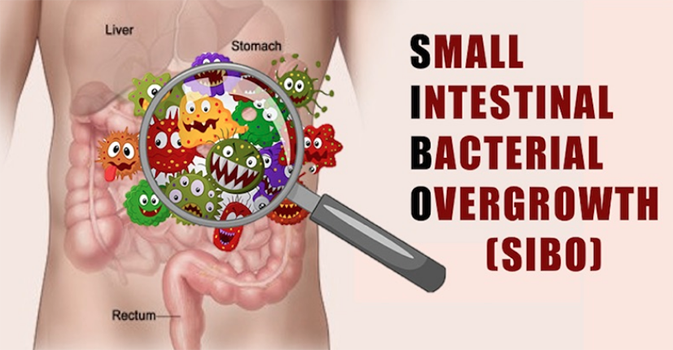 Furthermore, the resulting insomnia will disturb our microbiome even further. Sleep researchers at Uppsala University in Sweden have compared the effects of sleep on the gut bacteria of individuals. The study suggested that, after just two nights of reduced sleep participants’ levels of certain strains of bacteria decreased exponentially – some by nearly 50%! Talk about a viscous cycle.

Want to hear more bad news? All those wonderful neurotransmitters you have heard about like serotonin (precursor to melatonin) and GABA are mostly produced by our microbiome and if that beneficial bacteria is disturbed or destroyed we are going to feel the consequences.

Countless books and research papers have been written on the subject, and scientists still don’t fully understand how this relationship works.  Researchers assume that the microbiome can affect sleep by hindering the sleep-wake cycle, circadian rhythm, and hormones that regulate wakefulness and sleep. By improving our digestion and gut microbiome, researchers believe that we could help solve sleep problems.

“It is estimated that 90 percent of the body’s serotonin is made in the digestive tract.” CalTech article Microbes Help Produce Serotonin in Gut.

Microbes can secrete dozens of human neuroactive chemicals and can send messages slowly through the endocrine system, somewhat faster through the immune system, and at lightning speed through the vagus nerve. A well-balanced microbiota is a wonderfully silent partner, but a poorly balanced one will end up with a few dominant “bully” species that can release neurotoxins like ammonia that affect sleep, stress, and brain function in general. That helps to explain why shift workers have higher rates of gut issues, sleep problems and depression. 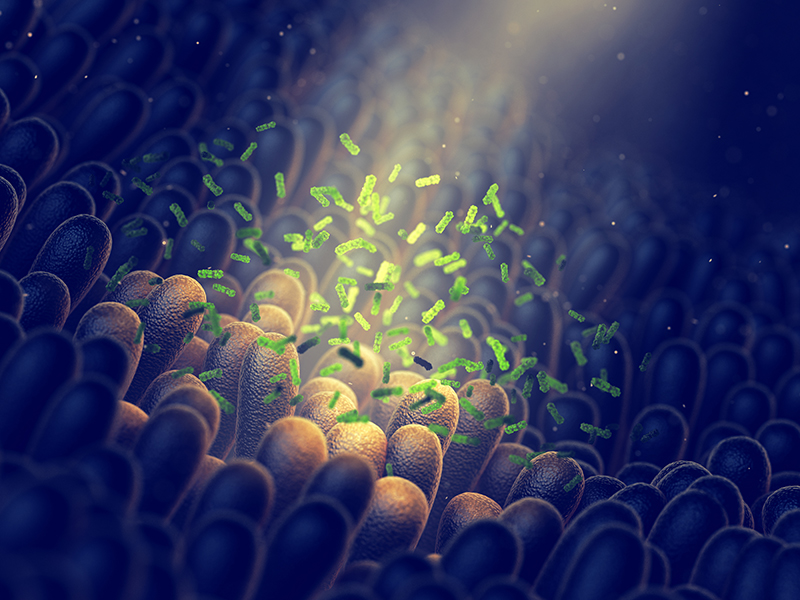 What Can We Do?

Naturally, any insomniac that can still muster any brain juice must ask two questions:

Let me put you at ease: THERE IS NO BLOOMING ANSWER! Yet.

Well, there is no easy answer. If all humans more or else have two ears and two eyes our microbiome can be as different as two universes. This is why restoring it to a perfect balance (whatever that is) is such a huge challenge.

I like the phrase “If you can’t do anything good, then at least don’t do anything bad.” When it comes to our bacteria, what disturbs or destroys our microbiome is stress, poor diet, poor sleep, life style (apparently those bad suckers just love it wen we spend time on our couch), antibiotics (obvious kaboom), environmental toxins (heavy metals, household chemicals, pesticides, etc), pollution (cars, factories, real ignorant  neighbors, etc.). So first – let’s stop doing the “bad stuff.”

* We all know that the bad guys also love sugar but did you know that diets high in animal protein can also produce toxic metabolites?

Diets High In Animal Protein In comparison to diets high in overall pro-tein, diets especially high in animal protein have specific effects on intestinal microflora. While not appearing to dramatically alter the bacterial composition of the flora compared to control diets, ingestion of large amounts of animal protein does increase the activity of certain bacterial enzymes, which can have important ramifications to the host, as any increase in activity of these enzymes will result in increased release of potentially toxic metabolites in the bowel.

Perhaps this is what explains my increased sleep quality (no waking up in the middle of the night) when I skip meat at dinner.

Liver’s Role in Detox and Sleep

In addition, many gut issues impair the activity of bile acid transporters, reducing the elimination of these endogenous toxins, perpetuating and potentially increasing overall bodily toxicity. This is another reason you might be waking up at night hot and bothered because your liver is not able to cope fast enough during it’s usual detox time (1-3 AM).

* The movement of toxins out of cells via bile acid receptors, into the liver and bile, and out of the body for excretion through the intestine is called “Phase III detoxification.” Supporting healthy bile flow is thus essential for gut health, reducing your toxic burden and improving sleep.

However, when I tried using anything that increases bile (milk thistle, dandelion root, etc.) I initially had a very positive outcome (feeling lighter and better mood) but two to three days later I would develop a reaction and start feeling very heavy and weak. This has puzzled me for years but later I learned that any bile production can also cause more endogenous toxins circulating in the system.

It was curious to learn that toxins that get dislodged and processed by our liver into bile end up in the small intestine and can easily get reabsorbed back into the bloodstream via the so called “enterohepatic circulation.” Guess what? This sends the toxins straight back to the liver for processing! This is why sometimes a tiny amount of serious toxin can destroy the liver. The damage doesn’t occur in one hit but accumulates due to the repeated assault.

Logically, we need to capture as mush of that bile as possible so this led me to reasoning that I should increase my fiber intake and try some intestinal binders so that those endotoxins can leave the body for good.

Intestinal Binders to the Rescue

Using binders alone may not address your root cause but if you are willing to experiment it may give you enough relief from endogenous toxins so that your immune and nervous system can calm down and enhance your sleep.

As you’ll see from my previous post I already had some curious results by using activated charcoal before bed time.  Almost three years ago I already posited that charcoal can reduce inflammation and seems I was correct only now I know that it does so by mopping up those endogenous toxins. Ever since, I’ve also tried Bentonite Clay and Diatomacous Earth and there are a few more and each has an affinity for different toxins.

Activated charcoal (AC) is a form of carbon that has massive surface area and a strong negative charge. It’s been around for thousands of years and it’s still used in emergency rooms today to treat poisoning. Charcoal binds to chemicals whose molecules have positive charges, including aflatoxins,  mycotoxins, BPA, and common pesticides. Once the toxins or any irritants attach to the charcoal they are done for and will leave your system on the next “train” out.

Additionally, some sources claim that AC can aid in the elimination of excess salicylates in your body. Salicylates can aggravate one’s insomnia so trapping them with charcoal could make total sense. This probably works only if you take AC together with a high salicylate meal, otherwise it may not work. Once salicylates are absorbed by intestines into your bloodstream it is too late.

* Do not take charcoal with other supplements or meds or it will mess with their absorption. I don’t use charcoal every day as it can adsorb the useful nutrients as well. Also, DO NOT take regular charcoal. If you are going to experiment, please use specially prepared food grade formula such as this.

Bentonite clay is one of the available clays in nature, used as traditional  remedies in many cultures. Studies show this wonder clay holds antibacterial properties, might help nutrients absorption through increasing gut flora activity and yes – bind and transport toxins, especially aflotoxins (mold). Highly suggest your study this more on your own.

CDG is not a binder but a new kid on the block that many naturopaths praise for its ability to move toxins. Studies show that Calcium D-Glucarate converts to glucaric acid in our bodies and supports a crucial detoxification pathway in our liver. It is claimed that glucaric acid scavenges the body to bind and eliminate unavoidable toxins.

CDG supplementation has been shown to prevent the recycling of hormones and undesirable environmental toxins, thereby promoting liver detoxification and the excretion of these potentially detrimental substances. – Thorne’s Research.

Sounds promising so I am still experimenting with it myself and can not give you any conclusions other that it did not make me worse, which is already huge!

Our microbiota governs an immense amount of processes and when disturbed our gut can produce endogenous toxins that can leave us feeling tired, bothered and sleepless. One simple patch could be the use of intestinal binders like charcoal, clay and additional supplements that can help mobilize and process those toxins like milk thistle and CDG. Ultimately, one needs to find the root cause and stop the production of endogenous toxins altogether.

If you found this useful or have an experience to share I’d love to hear from you in the comments!

Next article to finished shortly: How to improve you microbiome and what probiotics are proven to help you start sleeping better tonight!