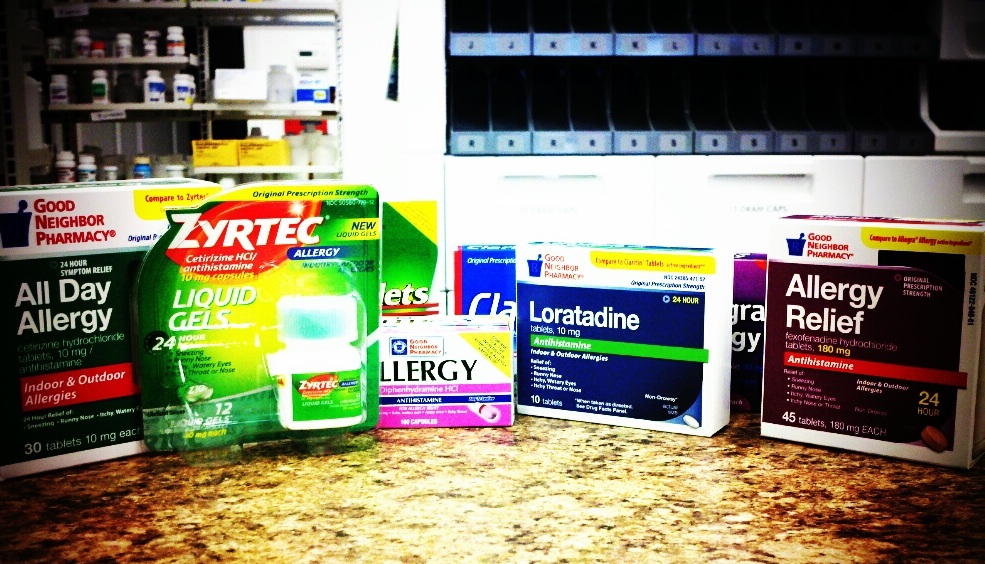 Discovering that an anti-histamine can help me sleep better was literally a wake up call. What was most interesting is that the anti-histamine I took was the non-drowsy type. It was a regular, ‘new generation’ Cetirizine (Zyrtec). How come a non-drowsy anti-histamine was helping me sleep longer and wake up more refreshed? I had to dig deep and find some answers.  I further experimented with three more anti-histamines and discovered the best and worst type for me.

Before we delve any deeper we have to understand what role histamine plays in our sleep. Sleep is a complex process that involves numerous neurotransmitters. Among them Histamine is considered a “master” wakefulness-promoting neurotransmitter, exhibiting high activity during waking hours, decreasing in activity during the non-REM sleep, and is at its lowest during REM sleep. It is safe to say that histamine acts a stimulant.

Next question is what controls histamine levels in circulation and what controls histamine levels at night?  This gets very complicated but if I had to simplify this into a short theory it would be like this: there is a gate-keeper in our brain (thalamus) which controls the release of histamine necessary for our normal sleep/wake cycle. The released histamine does its job and is subsequently broken down (methylated) by our liver. During sleep time the gate-keeper should be signaling for low histamine levels to allow our brains to “shut off.”  If you want to study this in detail, read: How Sleep Works – Neurological Mechanisms Of Sleep.

Thing is, histamine also comes from food. It is degraded by the gut and the leftovers are broken down by the liver. If either the gut, the liver or both are compromised you might start circulating extra histamine in your system without the “gatekeeper” having any say over it.

It is this rogue histamine excess that starts creating problems for us during the night.  This is why histamine-blocking meds cause drowsiness and increase non-REM sleep. It’s not the anti-histamines in themselves suppress anything, they basically block the wakefulness signal of histamine in the receptors.

In my case, I believe the issue is in my liver and not my gut because a special supplement I took (enzyme called diamine oxidase – DAO) to help brake down histamine in my gut didn’t make much difference. What made the difference were the anti-histamines. 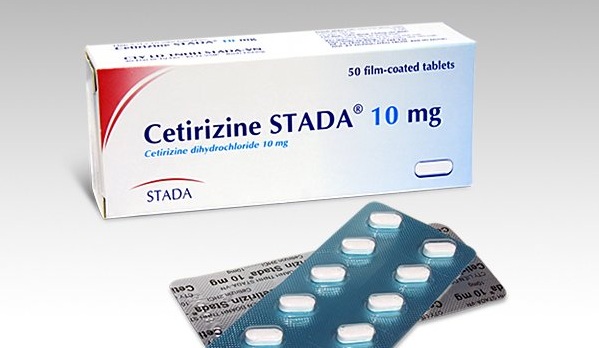 As already mentioned Cetirizine was the first anti-histamine I experimented with but it doesn’t always work.  Since it is non-drowsy it will do nothing to help you fall asleep faster or prevent you from waking up at 1 or 2am. In fact, it only works to suppress my early waking tendencies. So instead of waking up at 4 or 5am I can sleep in till 6 or 7am. As any serious insomniac will attest – this is already a huge gift.

The only negatives I see with Cetirizine is that it takes a bit longer to kick in and then it remains active for almost 24 hours. This means you’re blocking histamine receptors even during day time which creates a totally different set of problems discussed below.

Loratadine (Alavert, Claritin) is also part of the new gen non-drowsy drugs and should work similarly to Cetirizine by lessening histamine stimulation.

Cetirizine seems to have the least side effects of them all. Some dry mouth at night but nothing more than that.  Everyone will have their own set of side-effects and need to see what is tolerable for them.

Diphenhydramine is one of the most popular antihistamines out there and is used by a few known brands to make their products more drowsy (Tylenol PM, for example). I hate it though because it has the total opposite effect on me.

It makes me very listless, agitated and sleepless.  Others report it gives them restless legs syndrome. I never take any products with this class of antihistamines. Don’t take my experiences as a broad evidence though as many others report they couldn’t live without Diphenhydramine.

Clemastine exhibits a nice drowsy-action and can help you get through the night but in my case it always caused fatigue after three or four nights of use. I used it rarely and normally only during the nights that I needed to wean off of Zolpidem (Ambien, Stillnox).

Fatigue, heavy limbs, shortness of breath. Some don’t have this effect and some will have a different set. You need to test and see.

Doxylamine is my personal favorite. I heard about it for a while but had no access to it as it was only available in US. I had a friend bring me some (Kirkland Sleep Aid) and now I know why it is marketed as a sleep-aid. It produces a nice relaxing drowsiness without any agitation previously experienced with Diphenhydramine. My wakings are usually short and I’m able drift back to sleep and enjoy some sleep-in time in the morning.

Literature says this drug is not addictive, and withdrawal effects are unlikely to be experienced with prolonged use.

It does not cause fatigue but it can cause nasty grogginess if you take the full pill. I had to reduce my dosage by half and most nights I take one third of it. One other thing that I notice is an increased sensitivity to sharp noises.  My recommendation is to watch your dose and don’t take more than needed.

The are a few things we should be wise to take into consideration with long term use of antihistamines for sleep: 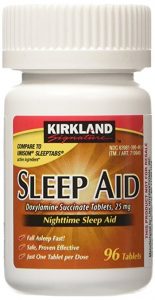 The best anti-histamine for me seems to be Doxylamine Succinate. It is fast, induces sleep and is most likely to help stay asleep. Next day grogginess is manageable with smaller dosages.  Second best is Cetirizine. Even though its not the drowsy type it still manages to improve my sleep by suppressing histamine without any side effects the next day.

The worst is Diphenhydramine for its nasty tendency to make me very restless and second worst is Clemastine for its ability to induce bad fatigue only after a couple of nights use.

Since we are talking about drugs please be smart and consult with a qualified doc if you have any other health issues that can be impacted by anti-histamines. In general, I don’t ever recommend pharmaceutical intervention if you’re not absolutely desperate to save your job and your sanity. I do take them sometimes but only for a few nights and then take a break so that I do not build toleranceor create more imbalances.

Over to you… Are you taking antihistamines for your insomnia?  Which ones, if any, work best for you?

Don’t Try to Sleep! (If You Want to Fall Asleep Faster)
Mystery Files: All These Supplements Make Insomnia Worse or Cause Massive Fatigue