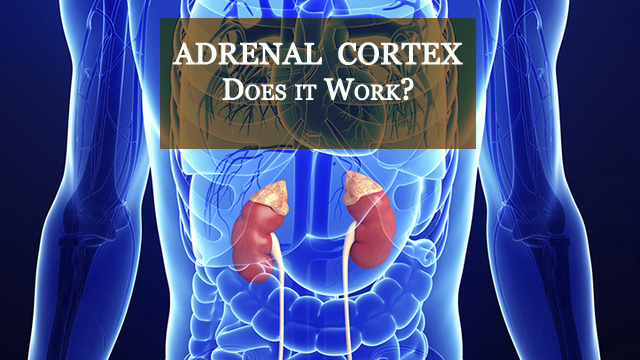 I had heard many times about people using animal adrenal glandulars to improve adrenal fatigue but what got my attention was that many claim to use it to improve their digestion, reduce insomnia and give them a boost during a detox or heavy metal chelation. In this post I share with you most relevant research, my experience with adrenal cortex extract (ACE), the benefits I experienced, as well as side effects, and finally I’ll give you some advice whether you should try it or skip it.

What is Adrenal Cortex

Adrenal glandular supplements are derived from organs of either cows, pigs or sheep. As an organ adrenals are involved in hormone production and various regulatory processes.

When you search for adrenal glandulars you often find claims such as: “the glandular tissues used in our product have been processed to remove the hormones and steroids that may be naturally present in these glands. The supplement provides natural building blocks that support optimal adrenal function so that the adrenal glands themselves can produce healthy amounts of the adrenal hormones as needed.” One producer claims: “bovine adrenal cortex supports healthy adrenal function by improving stamina and promoting an energetic feeling.” Some people on forums call ACE simply “food for adrenals.”  So, energetic feeling, food, eh?  We’ll see about that… 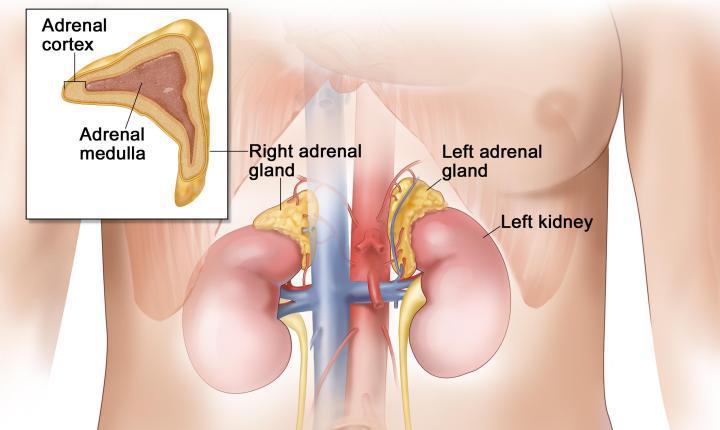 It is said that there are no hormones in the cortex supplements but this is simply not true (otherwise they would not work). People simply say this because they compare the cortex extract (ACE) to glandulars from adrenal medulla which contains adrenaline (epinephrine and norepinephrine).  Sensitive people and ones under a lot of stress would be wise to avoid any supplements that contain both – the cortex and medulla. The latter containing adrenaline can only make one pull one’s hair out and push one  over the edge.

Advice #1: stick with CORTEX extract only.

The mechanism seems to be extremely complex and I’d rather not speculate here. The most simple explanation that I heard was that the body uses the hormones from adrenal cortex supplement and does not demand cortisol from our own adrenals, effectively allowing adrenals “to rest.”

I’m guessing that when our entire HPA axis is out of balance taking adrenal cortex supplement avoids taxing any other system that gets involved to produce those hormones. Obviously, this comes with its own set of potential challenges which I briefly touch upon below.

My Experiences with Adrenal Cortex: Benefits & Side effects

Having read some rave reviews I was excited to try this stuff! I bought this brand of adrenal cortex extract from iHerb. I took a 50mg pill in the morning with breakfast.

First day I felt a pep in my step, body was lighter and I just kind of flew up the stairs to my second floor without even catching my breath. Ahhh… promising!

Second day I started feeling a lot of action in my gut. Things were just kind of peculating, bubbling in there in the good way.  Still had increased energy levels and felt pretty good.

Third day I had major diarrhea in the morning, as if my body was purging itself. A bit more fatigue that day but perhaps because diarrhea is dehydrating and pretty tough on the system.

Fourth day I started feeling a bit more amped-up than I am comfortable with. Not wired but kind of tense, like a fully blown baloon. This was a warning sign but since the effects were rather mild I kept going.

Two more days have passed and I continued to enjoy my improved digestion but I also started feeling a nasty brain fog.

Interestingly, my sleep slightly improved. It was deeper during the second part for the night (first part I sleep good anyways). This only validated that my sleep issues are very much related to adrenal function.

A week into it I still felt a bit too stimulated but the brain fog was even more intense. I mean I felt flat, zombie like brain dead; it was so embarrassing: lights were on but no one was home.

I tried to look up if anyone else in the forums had similar reactions but I seem to be the only one with the brain fog and this strange head pressure.  I lowered my dosage to a third of the capsule, which is about 18mg, hoping that brain fog would lift but it was still too much. I was very hesitant to quit at this stage. Perhaps I just need to let my body adjust a bit.

Adrenal cortex seems to boost libido but that is not always a welcome result. A final straw was when I had some intense dreams at night (lovely types where wildest sexual desires come true) but guys know what this means. With those physiological fireworks you lose your jing.  For someone already fatigued losing life essence is is a big no no, it’s just not worth it.

Advice #2: ALWAYS listen to your body, not to people on forums.

Adrenal Cortex, as most animal derived supplements, seems to be very YANG – building, energizing and warm. If you have other serious deficiencies (and most of us with chronic illnesses do) you have to be very careful as stimulating one organ can exert pressure on other weakened organs (like liver, heart, spleen, etc) and cause more trouble which is probably what was  happening to me.

Can Adrenal Cortex Help You Sleep?

The only good answer to this is – it depends. Many report paradoxical reactions to ACE and find it unpredictable. So it probably all depends on what stage of “adrenal fatigue” they are at. If it’s the first stage then they are dealing with excess cortisol.  Stimulating cortisol production with ACE would be like adding fuel to the fire and result in more insomnia.

However, it appears that when you’re in ‘advanced stage’ of adrenal fatigue then your system has already dialed down cortisol production. So when your body does not get enough cortisol it uses adrenaline instead in attempt to balance its functions. This is what happens when you get the jolt out of deep sleep at 2 or 3am. In this case supplementing with ACE can help you produce low doses of cortisol and actually keep you calmer and asleep at night.

Advice #3: Do a cortisol saliva test (if you can afford one) before trying ACE.

In general, it feels wrong mixing my adrenal and thyroid hormones with the cow’s. On the other hand I like that ancestral philosophy that “like supports like,” hence eating organ meat (without those hormones) can help our sick organs because they get the exact nutrients that are needed and in the right amount. For example, beef liver is considered a nutritional dense “super food,”, high in natural Vitamin A, B12, CoQ10, choline, folate, hyaluronic acid, bio-available heme iron, fat soluble vitamins A, D, K & E in highly usable forms, and decent amounts of copper, zinc and chromium. Not bad, eh?

Obviously, it is always best to cook quality organ meats yourself but if you want to try something in a desiccated form (dehydrated) these grass fed cow products seem to have great reviews.  I would only be very careful with products from the endocrine group like thryoid, adrenals, and thymus.

Adrenal cortex extract will be of great benefit to those who have adrenal fatigue (kidney yin deficiency) as the underlying cause of all their troubles. Unfortunately, experience shows adrenal fatigue is usually not the initial cause in most illness, but comes as a consequence of other root causes such as heavy metal toxicity, fungal, parasite or any other stealth infections, viruses, methylation issues, genetic variances, liver disease and so on.

Final common sense advice that is not so common #4: think holistically. Any additional hormones in the form of extracts must be processed by various systems in your body. If our body is already overburdened by toxins then giving adrenals a boost could stress our other organs even further.  This could tip our fragile system into a crisis mode and lead to those dreaded crashes. Put some high octane gas into a rusty engine and it will blow up.

My experience tells me that this is exactly where I was headed had I decided to push the envelope even further and stick with the supplement for longer. I loved the the initial improvement in digestion and sleep and I can’t help but to think that it pushed my body in the right direction.  That is why my final advice would be to give ACE a try in slow doses but monitor your symptoms very carefully.  If it feels good, you’re going in the right direction but if it doesn’t then don’t push it.

UPDATE: Once I started chelating heavy metals I really felt like I could use some adrenal support so for the past week or so I’ve been taking half a capsule a day and seem to be tolerating it pretty well. No brain fog, just slightly perked up. So go figure, this only harps back to my own advice I detailed in the post on using supplements correctly.